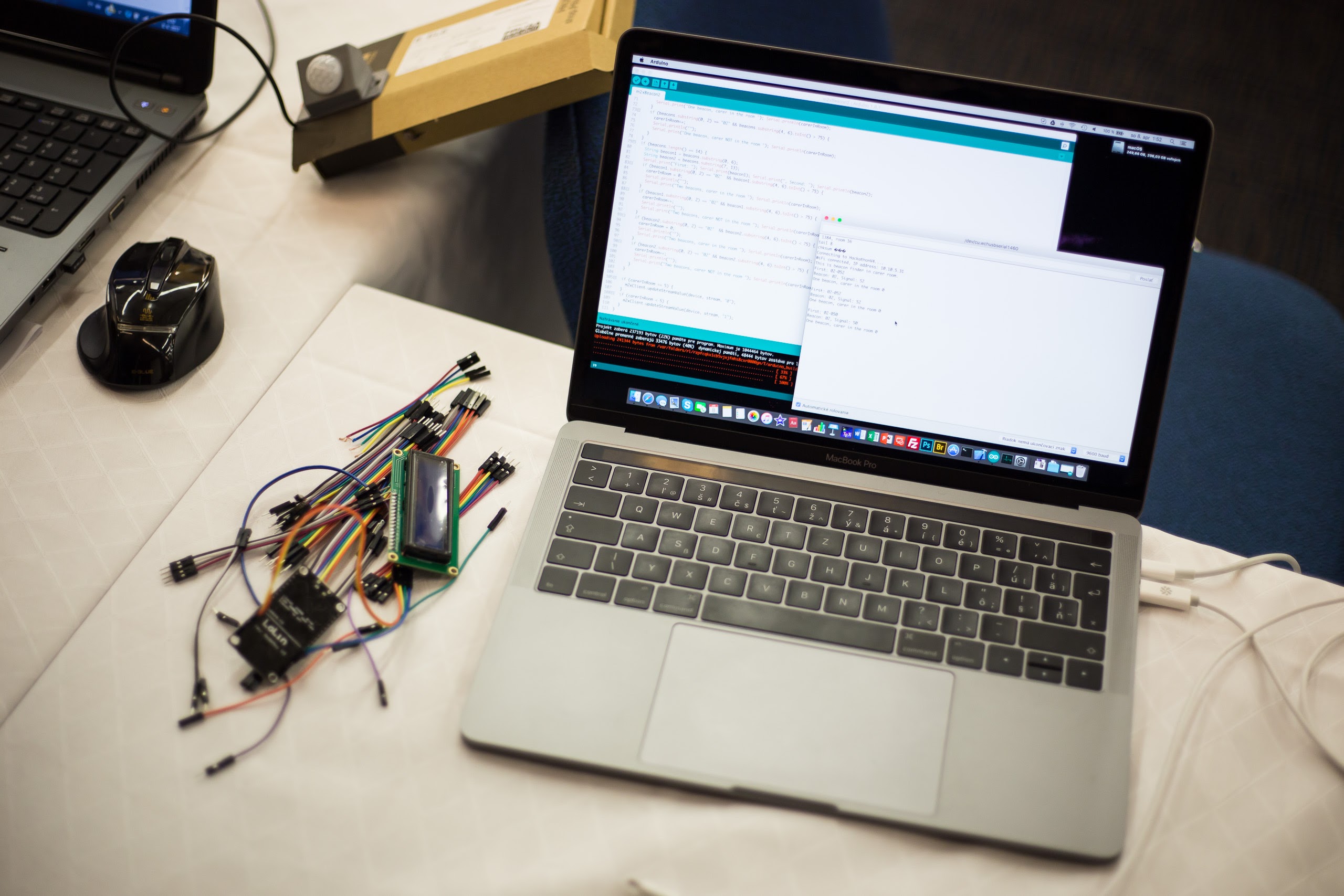 Currently there are 3 centers: the Intelligent Technologies Center, the Applied Cybernetics Center and the Economic Informatics Center. The department is involved in many research, educational and business projects. KKUI currently leads, which is currently led by prof. Ing. Peter Sincak, CSc.

In 1964, a department called “Department of Automation and Control Fundamentals” was established at the Faculty of Mechanical Engineering. This department was founded by the Nestor of Košice cybernetics Prof.J.Spal, CSc. and for 8 years he was in charge. The mission of this department, which presented new trends in automation, especially mechanical engineering, was primarily control technology and the introduction of computer technology, which was at the very beginning.

An important milestone in the development of the department was the establishment of the Faculty of Electrical Engineering at VŠT Košice in 1969. At the same time, the department became its integral part with the changed name “Department of Automation and Regulation” and ensured teaching in the field of Technical Cybernetics. In 1972, the Department finished the first 20 graduates. Four years later, in 1973, the department was renamed again, this time to the “Department of Technical Cybernetics” and is headed by Prof.Ing.Milan Jelšina, CSc. A year later, two specializations were created at the department, namely “Cyber Systems” and “Electronic Systems”. The dynamics of the department was very large and therefore in 1975 three fields were established – “Electronic systems”, “Electronic computers” and “Control and automation systems”. This situation lasted 5 years and in 1980 there were three specializations at the department: “Control technology”, “Automated control systems” and “Robotics”.

Rapid technological development in the world, observation of new prospective trends and their introduction into the pedagogical and scientific research process logically required division of the department in 1989 into two departments – the “Department of Computers and Informatics” and the Department of Cybernetics and Artificial Intelligence.

You can find out more about which cookies we are using or switch them off in settings.

This website uses cookies so that we can provide you with the best user experience possible. Cookie information is stored in your browser and performs functions such as recognising you when you return to our website and helping our team to understand which sections of the website you find most interesting and useful.

Strictly Necessary Cookie should be enabled at all times so that we can save your preferences for cookie settings.

If you disable this cookie, we will not be able to save your preferences. This means that every time you visit this website you will need to enable or disable cookies again.